From 14 to 20 July 2013, I conducted a photography workshop in Saigon, Vietnam. The aim of the workshop is to guide the participants through the process of developing individual photo projects, from the point of conceptualisation to the presentation of their work to the public. My host is ZeroStation, a process-based art space in Saigon founded by curator-writer Nguyen Nhu Huy. Even though his curatorial focus has never been limited to photography, Huy is the first to offer me the opportunity to bring my workshop to Vietnam. He even spoke to members of the Gia Dinh Photo Club, a salon photography club in Saigon, to promote the workshop. From the club, we received three applications for the workshop.

I will like to thank Huy and Liar Ben for facilitating the workshop. Special thanks to Hoang Nga and Truong Minh Quy for the help that they have offered throughout my stay in Saigon.

Here are some of the projects that the participants have pursued during the workshop.

As a way to re-familiarize the city that she left seven years ago, Vi Do photographs the places that she once lived in her “past” existence in Saigon.

ZlinhThao uses found images to raise questions about the portrayal of Vietnamese food culture and its relationship with the construction of Vietnamese identity. By the end of the workshop, her idea remains unresolved and the project exists more as a mind map-of-sorts. 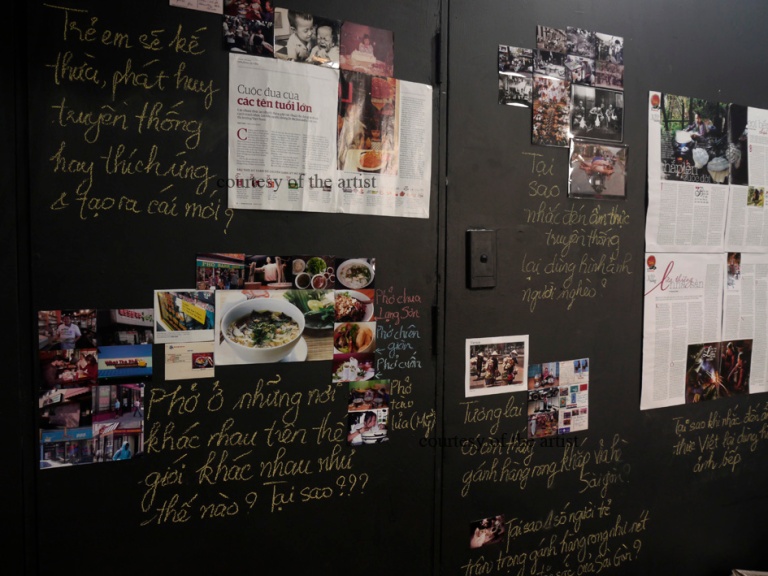 Tran Thanh Tien presents the universal story of life and death through family photographs and those made by him over the years. His departure point is the recent passing of his Teochiu Chinese father.

Hoang Anh from Hue, Central Vietnam, uses the workshop to pursue his ongoing project in Saigon. He aims to catalogue the interior of kitchens across Vietnam in order to bring out the nuances of culture and class within the country.

Bang Dat Duong focuses on the “unseen” rental houses that exist at the fringe of Saigon for migrants who work in the city. 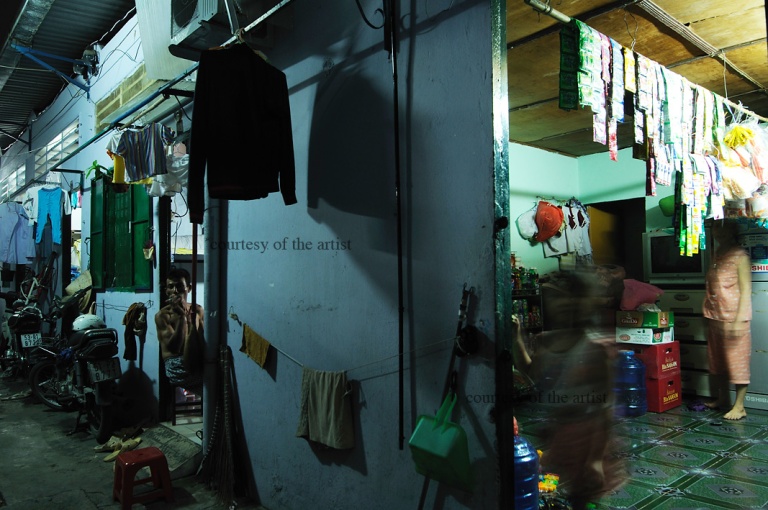 Nam Nghiem uses the idea of taking off and putting on his clothes from the wardrobe to question the relationship between identity and appearances. The work is not a critique of the superficiality of appearances. Rather, it acknowledges our inclination to think of identity along such reductive terms. 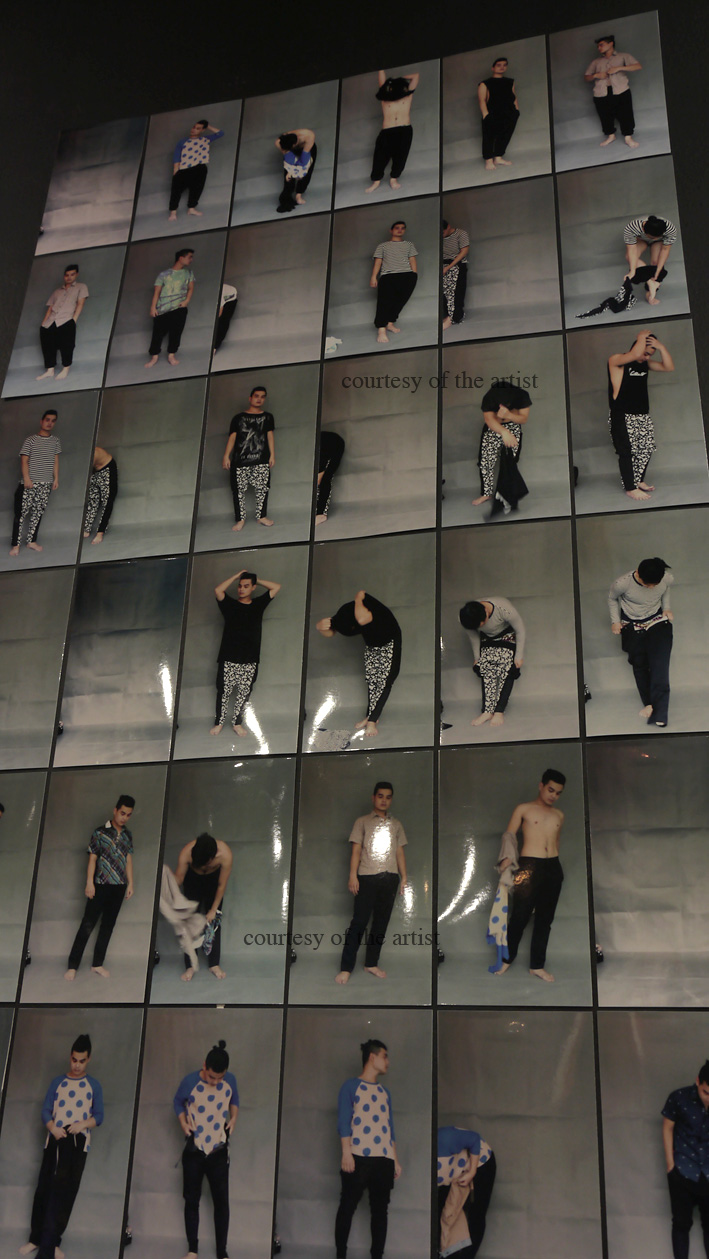 In her first attempt at pursuing a photo story, Hanoi-based An Chung documents a single woman who leads the life of an urbanite in Saigon.

Le Thien Huong creates a series of self-portraits about her life as a single mother in Saigon. Through the process of reviewing her photographs, Huong realises her constant need to put up a strong front in her daily life. 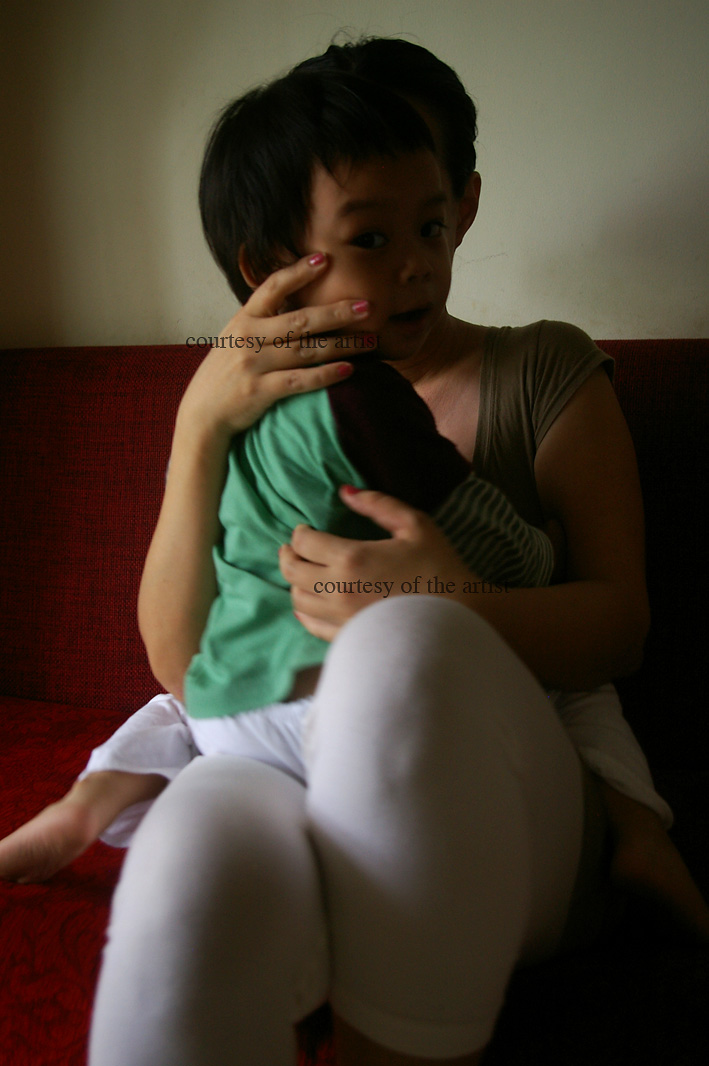 Hanoi-based photographer/videographer Do Manh Cuong uses the workshop to edit his work for a photo book. His work, titled Twins, is a portrayal of a pair of albino brothers who live at Ha Tinh, Central Vietnam.

In her project, Quynh Lam uses her family photos to hint at the erasure of her family history, part of the larger amnesia of political history in Vietnam, as her parents moved from the North to Central Vietnam, and eventually to the South, during the decades of displacement.

Documentation of the workshop:

News of the workshop publicized on Thế Thao newspaper 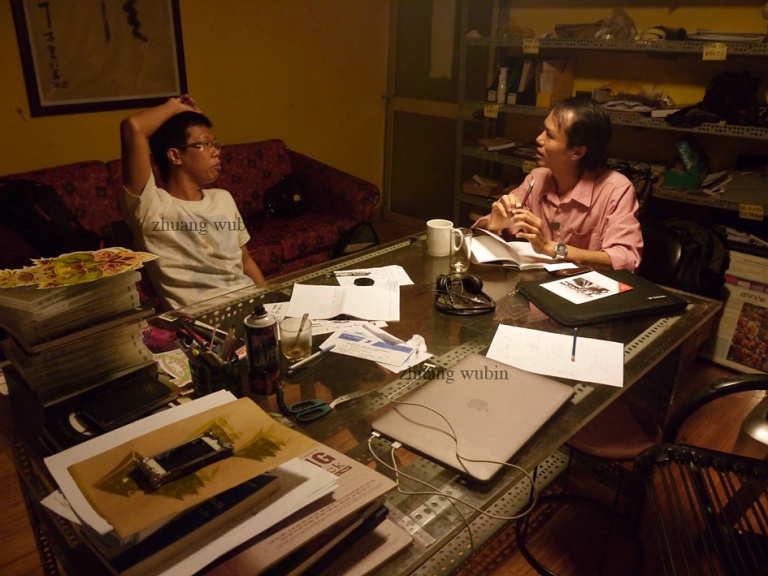 Private presentation for the workshop participants on 14 July 2013 (morning) 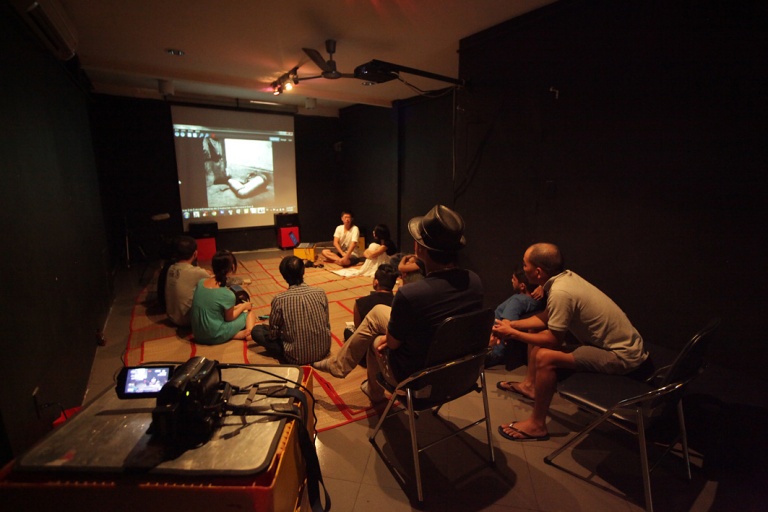 Working with the participants (and having some fun) 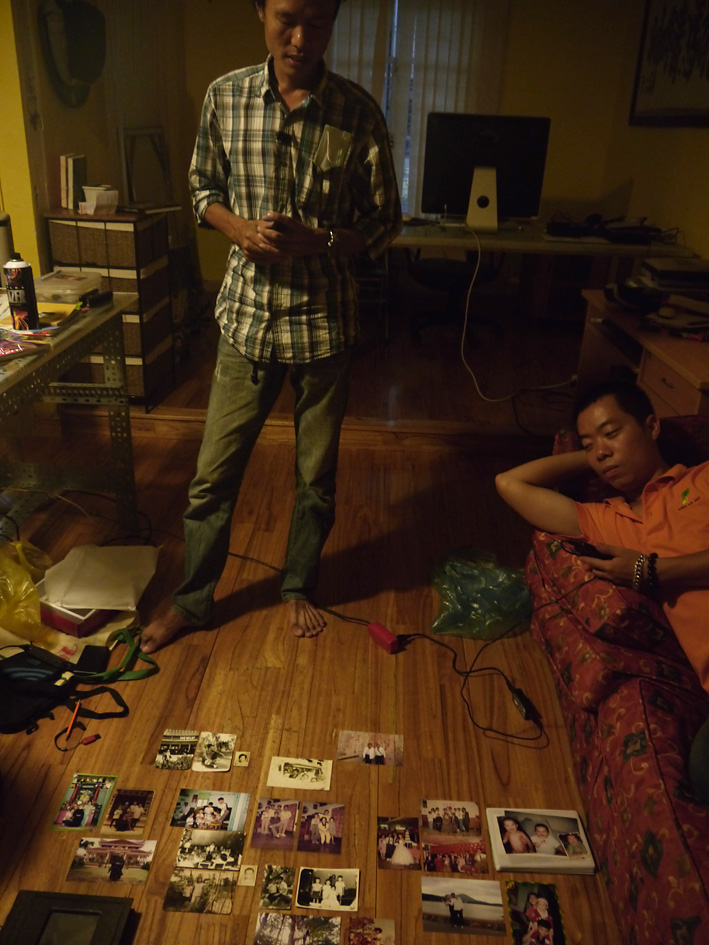 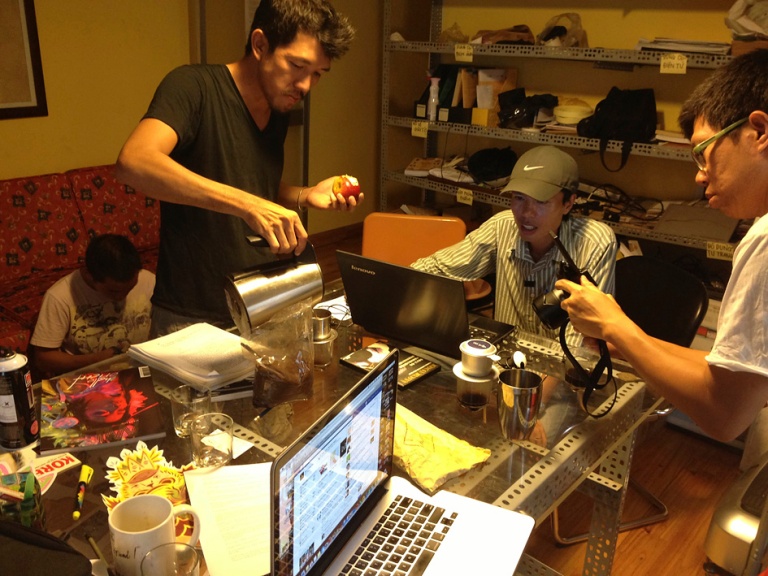 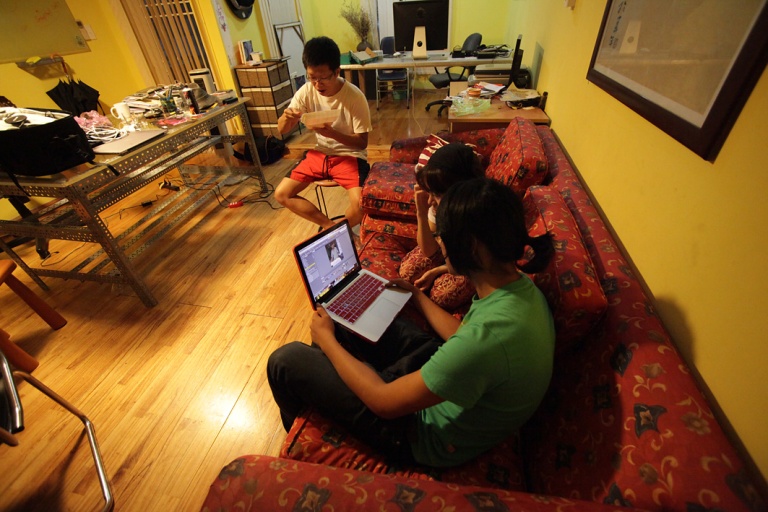 Participants present their work to the public on the last day of the workshop (20 July 2013). 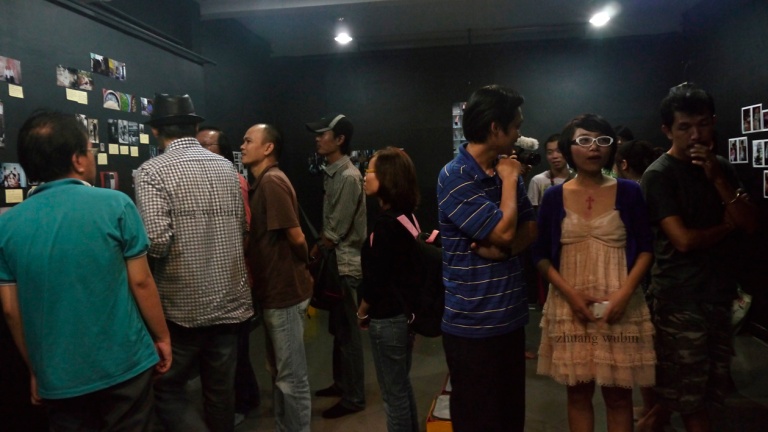 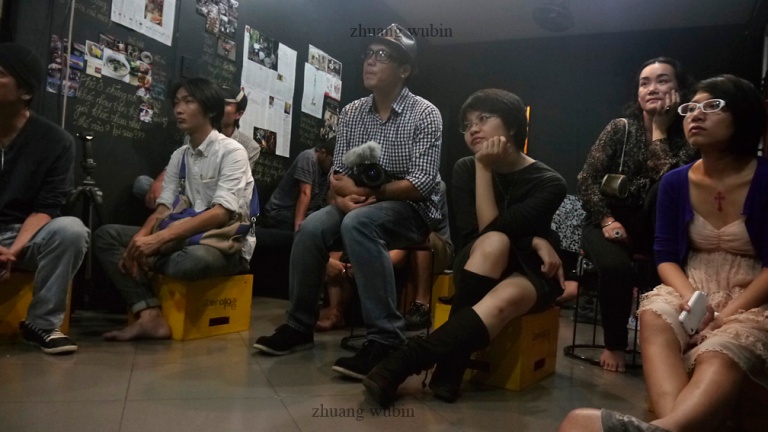