Despite the obvious constraints, the inaugural International Orange Photo Festival opened on 22 October 2010 at Changsha, Hunan Province, China. What curator Wang Xi has achieved is to manage the expectations of the bureaucracy without compromising the quality of the international shows that he has brought to Changsha. The much-anticipated talks that rolled out at Wanbao Mansion have been highly informative.

While talking about his work The Hitcher, English photographer Chris Cokein encountered a boisterous response from members of the audience over his usage of disposable cameras and his desire to photograph the thrash that he saw during those hitchhiking trips—together with the portraits that he made of the people who picked him up.

D J Clark made a compelling case for multimedia reportage in this wired age but left several questions unanswered when he showed documentary clips that hardly feature still photography. Is that an indirect way of proclaiming the irrelevancy of still photography in the multimedia era?

Based on the distribution method that Radiohead adopted for the album In Rainbows, researcher David Campbell introduced the idea of “freemium” as a new model for documentary photographers to fund their long-term projects by first giving away some content on the web for free and then charging a higher premium for other content. Read his presentation here.

While the dialogue between the speakers and some of the audience might not always be of the highest quality, the warmth and eagerness of the local visitors to the exhibitions are unmatched elsewhere in China, noted Shenzhen-based photographer Shan Zeng Hui (单增辉). By 26 October 2010, as many as 200,000 local residents have collected free tickets for the shows using their identity cards.

Click here for a video tour of the show and my interview on China Daily. Produced by journalist Sun Peng for China Daily. 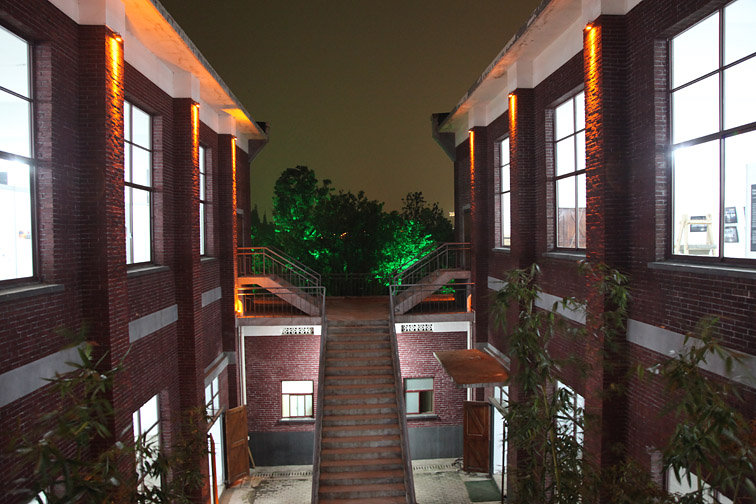 The group show is housed in Exhibition Hall E2-2 (on the right). The space is converted from an old paper factory. Image courtesy of Kamthorn Paowattanasuk. 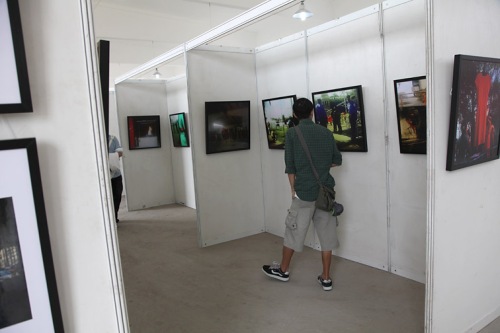 Tan is seen scrutinizing the prints on the morning of the opening ceremony. 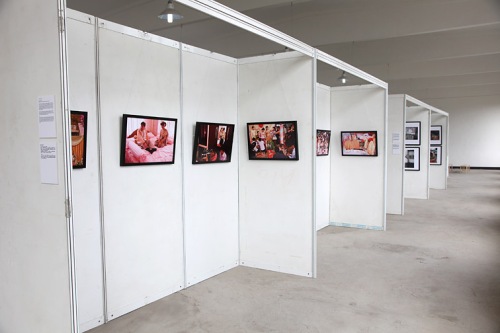 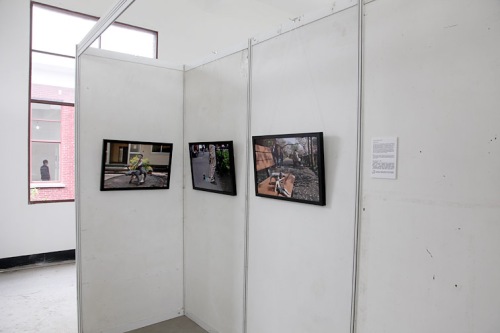 The Relevancy of Restricted Things (2010) 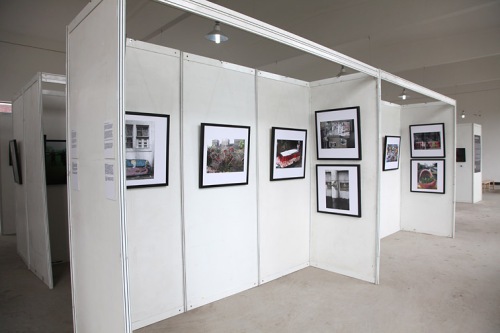 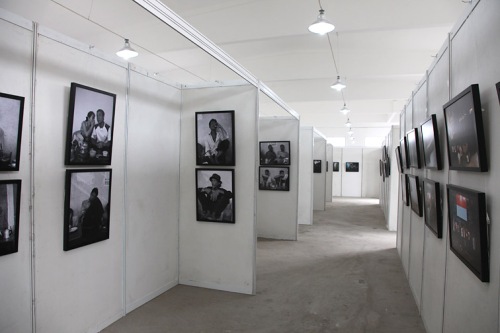 Thai photographer Kamthorn Paowattanasuk poses with the volunteers at our exhibition hall. He and Malaysian photographer Tan Chee Hon visited the festival. The organizers paid for their food and accommodation. 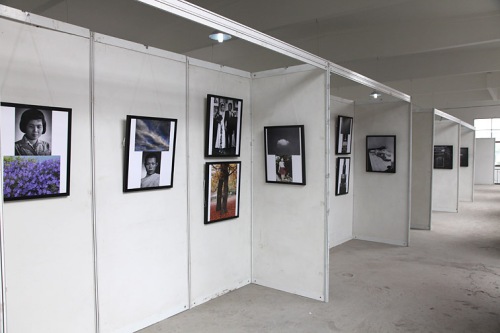 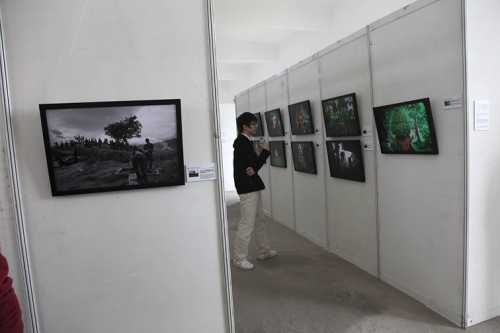 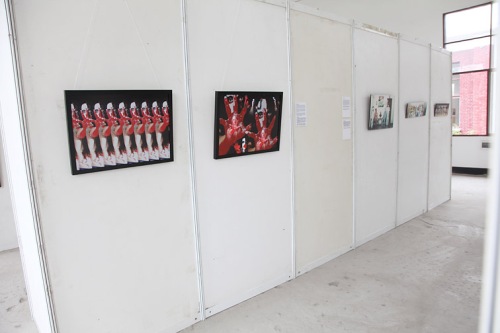